“The Last Ride” movie premiered on June 2, 2004, on the USA Network and, at the time of its release, was primarily used by General Motors to market the new Pontiac GTO. During late 2004 and early 2005, it was also released in several countries outside the United States, mostly as a straight-to-DVD movie. 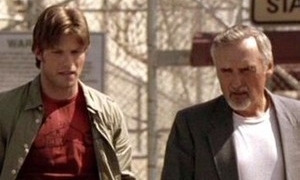 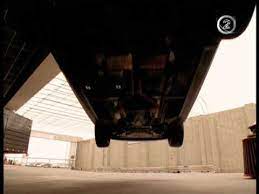 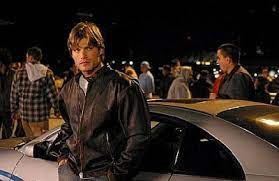 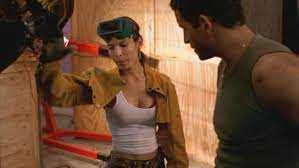 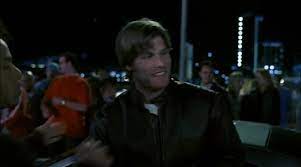 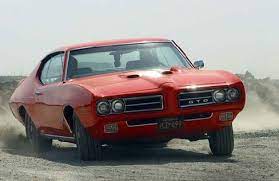 This movie is mainly a publicity piece to feature the return of an American classic muscle car, the Pontiac GTO. The story was written by Rob Cohen, who was also the director of the movie “The Fast and the Furious” released in 2001. The movie is directed by Guy Norman Bee who is a television director most known for his work on “Third Watch”. 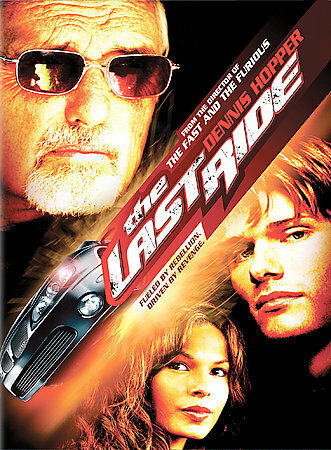 PLOT:
In 1970, robber Ronnie Purnell is arrested after a robbery and jailed for more than 30 years. Since Purnell’s wife was killed during the chase with the police, California Highway Patrol Officer Darryl Kurtz took care of their son Aaron. When Ronnie is released from jail, he decides to take vengeance on Darryl. Aaron has also become a cop and doesn’t want to hear about his father anymore, but Aaron’s son Matthew is fascinated by his grandfather’s past and decides to help him to find his old car, a 1969 Pontiac GTO Judge, in which he stashed a key for a safe containing evidence against Darryl.

REVIEWS:
Variety Magazine was not kind to a movie featuring our favorite car. The day before the movie even aired on television, they had already written an article on how much of a marketing and publicity piece this was by General Motors.

You can read the article here.

Luckily much time has passed since this article was published, and now the movie is more of a “cult classic” among car enthusiasts and the reviews are much different. It’s a fun popcorn movie. Yes, we know it is a publicity stunt by General Motors to promote the 2004 Pontiac GTO. Yes, we know the movie is not a big box office hit, nor did the movie have a billion-dollar budget like some of today’s movies. But it is still fun to watch our favorite car tear down the streets. Many of the present-day 2004-2006 Pontiac GTO owners and enthusiasts have added this movie to their DVD collection, myself included.

WHERE TO WATCH:
Unfortunately, this movie is not readily available to watch on any of today’s streaming channels and subscriptions. Really the only way to watch this movie is to purchase the DVD. I have found the movie available for purchase on both Amazon and eBay. New copies of the film are hard to come by, but there are plenty of used copies floating around for purchase. The movie is a “Universal Pictures” film company movie. Maybe one day they will bring it to BluRay. (wishful thinking)