Engine cooling is an important part of keeping the motor running at the perfect temperature and preventing overheating. When your engine is running, friction is made from all the moving parts which create heat. Excess heat in the engine will cause damage such as blown head gaskets, damaged seals, damaged piston rings, and in the worst-case scenario crack the engine block. The cooling system prevents the engine from overheating by removing excess heat from the engine.

There are three different cooling systems that are used on gasoline engines. 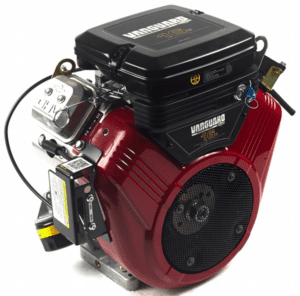 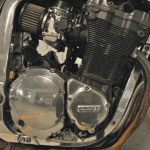 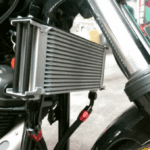 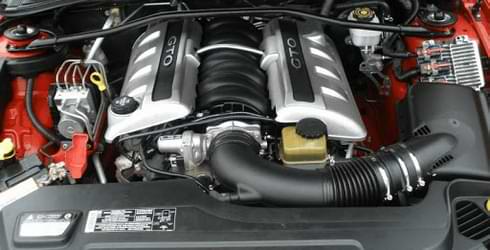 All of today’s automobiles will use water-cooled systems. Of course, there are more parts involved to keep this system running properly and efficiently. Also using the correct fluid in your automobile’s cooling system is a vital part of the engine cooling process. The use of Antifreeze as the liquid coolant is extremely important to keeping your car running cool and efficiently without the risk of overheating the fluid or the risk of the coolant liquid freezing in cold temperatures. Hence the name Antifreeze.

The Coolant Paradigm
In today’s modern internal combustion engines using a water-cooled system, having the proper engine coolant is an extremely important part of your engine’s cooling system. The engine cooling system uses liquid to cool the engine. Common sense would tell us that a water-cooled system must use water as the cooling fluid. This is somewhat correct which will be explained further down in this article. 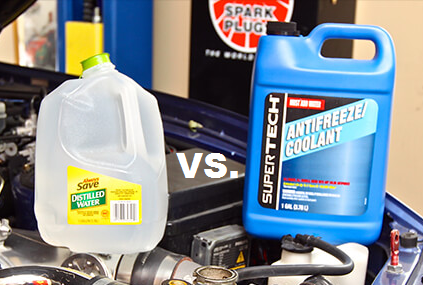 Using just water would seem like the logical choice to add to a water-cooled system. Water itself as an engine coolant could lead to some serious problems as will be discussed. Water will boil at 212º F (100º C) at normal atmospheric pressure. Using just water as engine coolant means you are in danger of actually boiling the engine coolant should your engine’s temperature rise above 212º F. While sitting in traffic on a hot day your engine can easily reach temperatures of 220-230º F which would cause the water coolant to boil. When any liquid boils, the fluid will turn into vapor. The vapor will actually push the coolant away from the metal it is trying to cool. Coolant vapor has zero cooling properties, so your engine will absolutely begin to overheat. As the temperature of the engine rises, the metal parts of your engine will become damaged including pistons, valves, water pump, and can include warping the cylinder heads and cracking the engine block.

Using just water as an engine coolant in cold climates will also lead to some serious engine problems and mechanical failures. Water freezes at 32º F (0º C). If you live in a cold climate where temperatures reach below 32º F (0º C), your water engine coolant will turn into ice, and when water freezes it expands. This means once your water coolant has frozen to ice, your radiator will crack, the coolant reservoir will crack, the water pump will crack, radiator hoses will crack, and anywhere else in the engine water coolant is being stored. This includes the engine block. Frozen water in an engine can easily crack an engine block. You may think your engine is made of strong iron or aluminum, but ice will prove it is stronger especially when trapped in an area.

Lastly, straight water in the cooling system can cause rust and corrosion. Metal and water never have and never will play well together. Water on metal causes rust. With water comes dirty water. Water doesn’t stay clean forever. The water will become dirty over time causing metal parts to form rust on them. The radiator, the engine, and cylinder heads, all contain metal parts that can become rusted over time, especially if the car has been sitting for a while not being run or driven. Corrosion and rust are something no car enthusiast ever wants to see.

The Importance of Antifreeze
We know liquid or fluid is used in a water-cooled system, but what fluid should be used? This is where Antifreeze or otherwise known as engine coolant comes in. Antifreeze unlike water has very different chemical properties. Antifreeze engine coolant actually raises the boiling point of the fluid and lowers the freezing point of the fluid. The irony is, Antifreeze actually mixes with water to accomplish this. Water has amazing qualities for cooling and is still nature’s greatest gift. Water has a high boiling point, low freezing point, and collects heat fast, and removes heat fast. Unfortunately, internal combustion engines also create a great deal of heat and need to be cooled slightly faster than what water can offer, and nature can give us extremely cold weather that can freeze water very quickly.

Antifreeze engine coolant solves the problem of both boiling and freezing points to accommodate the extreme heat of the internal combustion engine while battling the rigors of severe freezing weather. Antifreeze is made of distilled water along with a chemical called ethylene-glycol. Antifreeze can be purchased as a concentrate meaning it must be mixed with water, or as a ready-to-use fluid that is already mixed as a 50/50 (50% antifreeze, 50% distilled water) fluid. The use of Antifreeze coolant drastically improves the boiling and freezing points of the water as seen by the image below:

As stated earlier, just plain water by itself boils at 212º F (100º C) and freezes at 32º F (0º C). The use of a 50/50 mix of Antifreeze raises the boiling point to 265º F (129º C) and lowers the freezing point to negative -34º F (-37º C). The big difference is in the freezing protection which keeps the fluid from freezing inside your radiator and engine which will cause damage. It not only ensures your engine stays within a safe operating temperature range, but it also keeps the coolant from freezing. 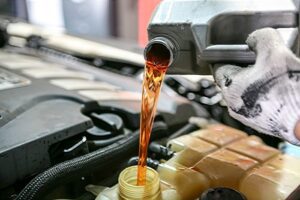 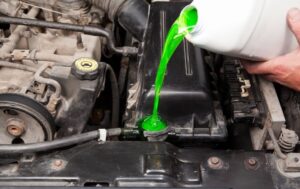 The 2004-2006 Pontiac GTO uses orange Dex-Cool Antifreeze. Some of you may be asking yourself why can’t I use the green antifreeze, it’s the same stuff? Well, actually they are not the same. I’m going to sum this up as easily as possible.

The 2004-2006 Pontiac GTO comes with an aluminum engine block with aluminum cylinder heads. This is why it is so important to use the correct coolant for your vehicle. DexCool antifreeze is specially designed to be used on aluminum engine parts. I recommend just using the “ready to use” 50/50 mix. It costs a little bit more than if you purchase the concentrate version, but it is already mixed from the factory using distilled water. Also using the ready-to-use version ensures you have the correct mixture in your vehicle for optimal cooling and antifreeze performance. 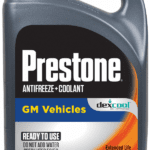 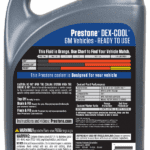 The diagram below will show you exactly how the cooling system works and the importance of its function for a water-cooled engine: 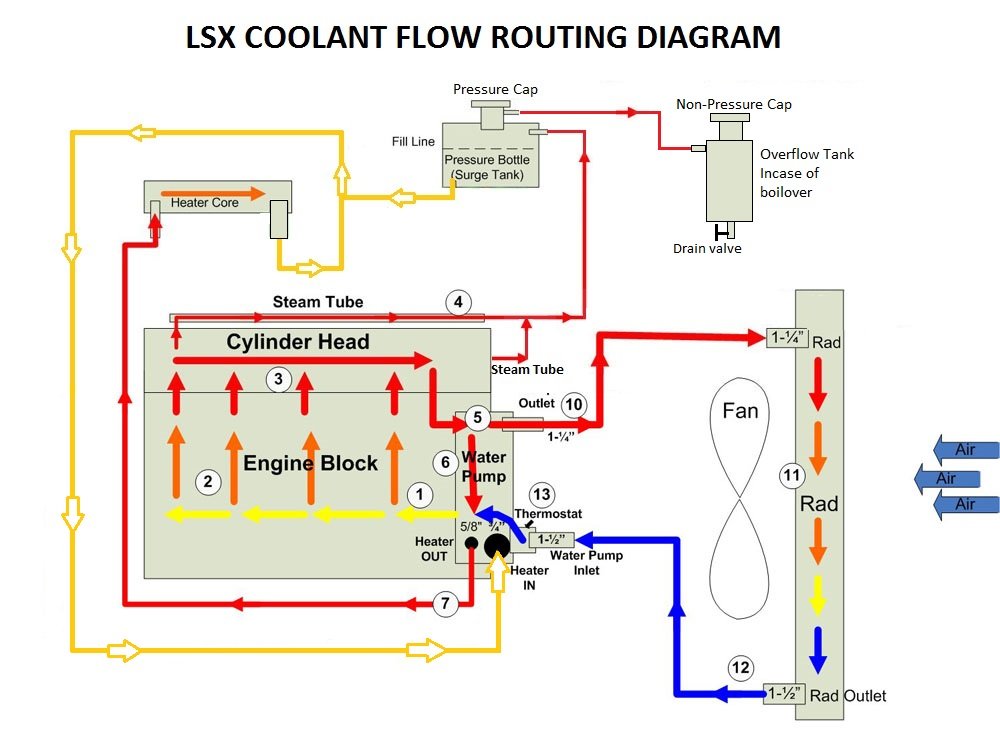 Sign up for Speed Perks Rewards to save on Gas at Advance Auto Parts today!