The recommended oil change on 2004-2006 Pontiac GTO is every 3000 miles according to the service manual maintenance schedule. Most of today’s synthetic oil claims you go as long as 5000 miles, and some even claim up to 7000 miles before you need an oil change. I personally say you should follow the guidelines set forth by the service manual and change your oil every 3000 miles.

If you see the “Service Engine Oil” message on the instrument cluster dash (image above), this is an indicator that it is time to change your oil. Hopefully, if you follow the service manual, you will change your oil before this message appears.

So What Is The Purpose Of Changing The Oil?
First, we need to know the function of the oil in an engine. Oil is a lubricant that keeps all of the moving parts of an engine from creating excess heat from friction. The pistons, crankshaft, connecting rods, camshaft, and cylinder head valves all need the benefits of oil to keep rotating freely inside the engine, without resistance and without creating excessive heat. Every part of the engine is made of some form of metal. When metal rubs against metal it causes friction, which in turn causes heat. The oil lubricates all of the moving parts which allows them to move freely within the engine, reducing friction and drastically reducing heat.

Over time the oil will begin to break down and not become as slick and lubricating as it was when it was new. This is mainly caused by the engine oil becoming dirty from the natural dirt that builds up in the engine over time. Oil changes help to reduce and remove any excess dirt that can build up in your engine from use. Sludge is also a common development in cars, and oil changes will completely remove it for a more efficient running engine. Oil changes help and contribute to the cleanliness of your engine, as well as keeping all of the moving parts of the engine lubricated and working properly.

Viscosity is notated using the common classification “XW-XX”. The first set of numbers is followed by a “W”.  That W stands for “winter” and is a shorthand that tells you that you’re dealing with a multigrade oil that’s been tested to pump at extremely cold temperatures. The number preceding the W rates the oil’s flow or viscosity, at zero degrees Fahrenheit (-17.8° degrees Celsius). The lower the number, the less the oil thickens in cold weather. The second set of numbers indicates viscosity at 100° degrees Celsius (212° degrees Fahrenheit) and represents the oil’s resistance to thinning at high temperatures. 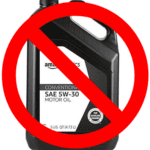 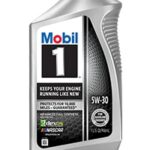 Use The Correct Recommended Oil For Your Car
I can’t stress this enough, do not use any other oil in your car besides what is recommended by the auto manufacturer. Using the wrong weight or viscosity oil can lead you right down the path of mechanical problems, or even worse, premature engine failure. Using too heavy an oil can put stress on the moving engine parts, and using too light of oil can cause engine parts not to be lubricated enough causing heat and friction which will cause eventual engine failure. Signs that you have used the wrong oil can include a burning smell, oil leaks, engine noises, and low fuel efficiency.

What You Will Need: 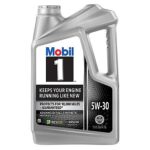 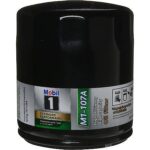 Oil Change Bundles as low as $26.99! Only at Advance Auto Parts