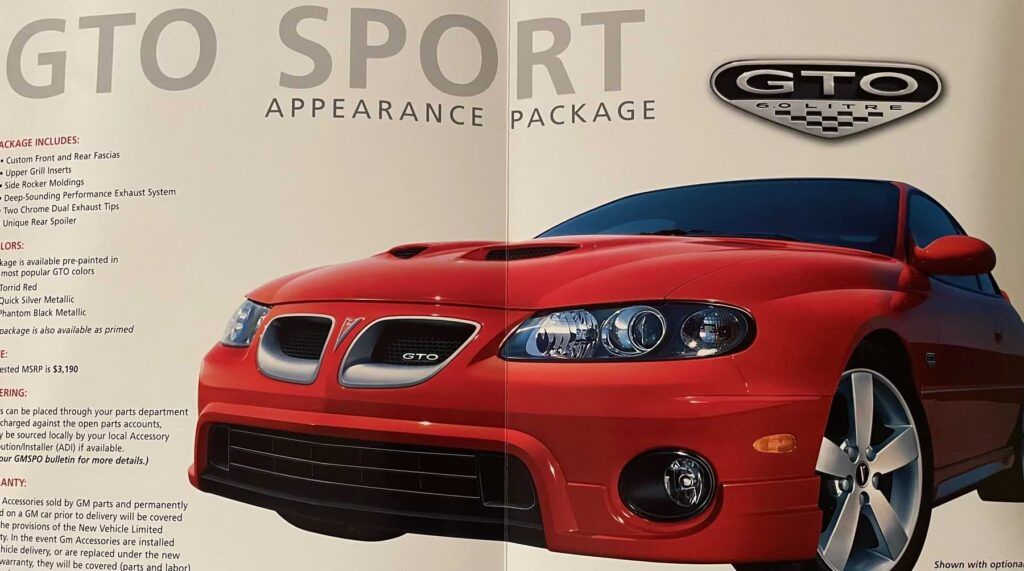 History of the Sport Appearance Package
All factory production Pontiac GTO’s were shipped with the standard appearance package. In 2005, a “Sport Appearance Package” (SAP) was introduced to give GTO owners a new look to their vehicle. This SAP package would be a dealer add-on at an additional cost to be installed. The included parts in this package could also be purchased individually, giving the customer the option of which appearance upgrades they would want.

The earliest version of the SAP package was for the 2004 Pontiac GTO. This package would include the 2005 GTO Ram Air Hood, the SAP front bumper grill inserts which were recessed in matching the look of the hood, and an upgraded spoiler which sat slightly higher with a post in the middle of the spoiler as well. 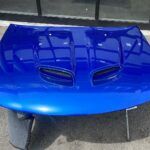 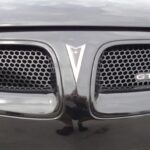 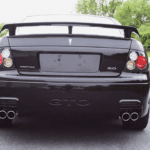 In late 2005, a new sport appearance was introduced adding more styling for the 2005 and 2006 Pontiac GTO’s. The new package would include the SAP grilles and spoiler from the previous package. The hood was not needed as the 2005 and 2006 Pontiac GTO’s came stock with the factory ram air hood. The new add-ons would include a new styling front fascia extension and rear bumper as well as side skirts. I have also read these kits included different mufflers with chrome tips. 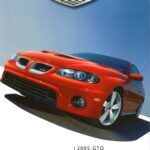 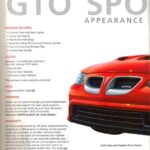 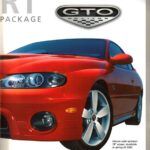 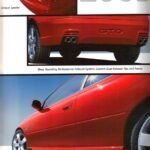 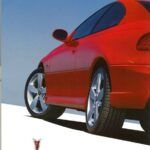 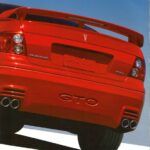 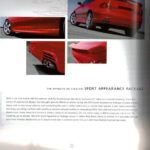 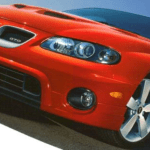 By 2006 these SAP packages were becoming hard to get. These packages, unfortunately, were never in high demand and were only available in limited quantities. There is no telling just how many of these original SAP packages were sold and installed. Owning the complete SAP original package is a rarity. There are however still some reproduction SAP parts floating around. The grilles and front fascia reproductions can be found with a little internet searching.

If you are one of the lucky ones to have the complete SAP original package on your 2004-2006 Pontiac GTO, you indeed have a rare setup, take care of it and enjoy.