As always, I just can’t get enough of cars! Today I attended an annual picnic hosted by the old school dragster team “Keystone Racing” out of Chicago Illinois. Lots of food, cars, and of course a lot of fun. Two dragster teams made an appearance, the dragster “Digging It” and the dragster team of “Beedy & Malloy” were present. Both cars race at Route 66 Raceway in Joliet Illinois. 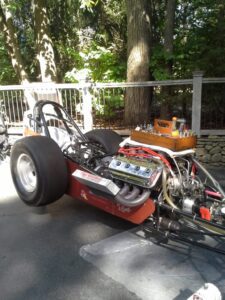 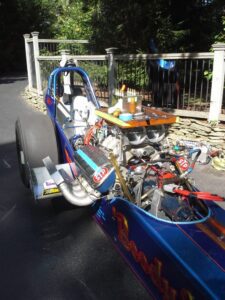 These cars are nostalgic from the 1960s and both run Nitro Injected early style Hemi’s. They have front-mounted engines and can make up to 2000 horsepower. They have run mid to high 6’s at 210 MPH.

The highlight of the afternoon was when these fuel burners fired up and made some noise, which was very enjoyable to see and hear. The smell, the rumble, and the sound all made for a perfect afternoon!

Along with dragsters, others like myself brought their street machines to show off what we “door slammers” can build as well. The host of the event stole the show with his beautiful 1940 Ford. 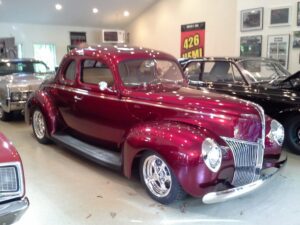 Here are a few more pics from the event. 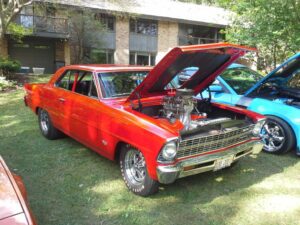 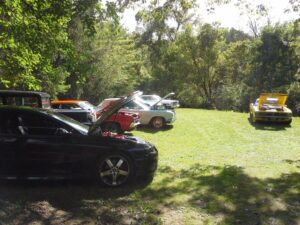 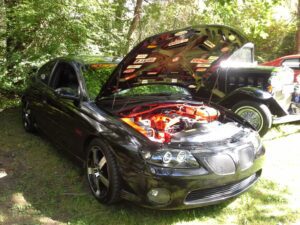 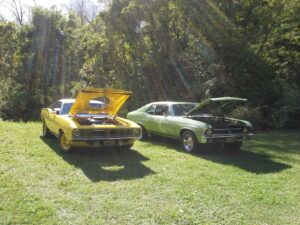 Hope everyone had a good weekend, and I’ll see you on the next update.